David Bach is the co-founder of Crooked Cane, along with his friend Mike Palmer, and the band’s self proclaimed Methuselah .  When he saw the Beatles on the Ed Sullivan show in 1964, he knew THAT was what he wanted to do.  He got his first guitar (a Harmony Sovereign)  for Christmas in 1965, and it was downhill from there.

Growing up in the golden age of AM radio, his musical influences ranged from the Beatles, to Buffalo Springfield, CSN&Y, Neil Young, Hendrix, Zep, Cream, Santana, Motown, Memphis & Philly.

He put together his first band together in 9th grade, and was unceremoniously fired from his own band 6 months later  (artistic differences ?).  Switching form bass to guitar, his first really successful band was two years later, an eleven piece soul/R&B ensemble called “Sounds of Soul” led by Larry Sledge.  He laughingly credits his brothers in that band with “teachin’ this honkey to be funky” and how to love the groove.

After high school, he took ten years off from his music to pursue his education and raise his family.  Moving back to his home town, he quickly fell back into the local music scene, and played in a succession of  rock and country bands until 1997.  At that time he retired from the bar band scene to focus on his song writing and recording his first solo CD “David Bach: The Littlebrook Project”, released in 2000.

After seven years of praying and searching for kindred spirits in his new hometown of Columbia, MO, David co-founded Crooked Cane with Mike Palmer  as a vehicle for their individual and joint songwriting. 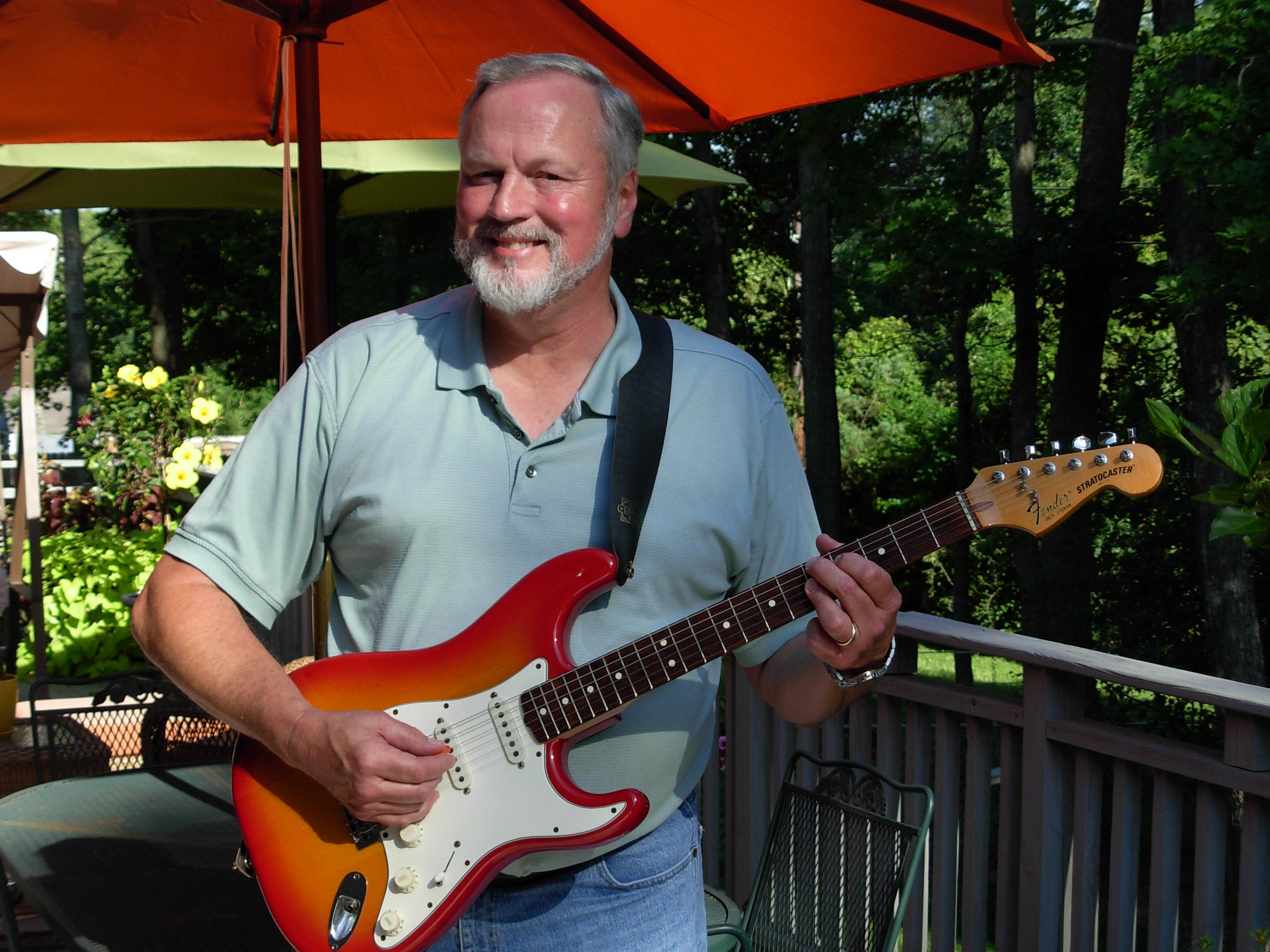