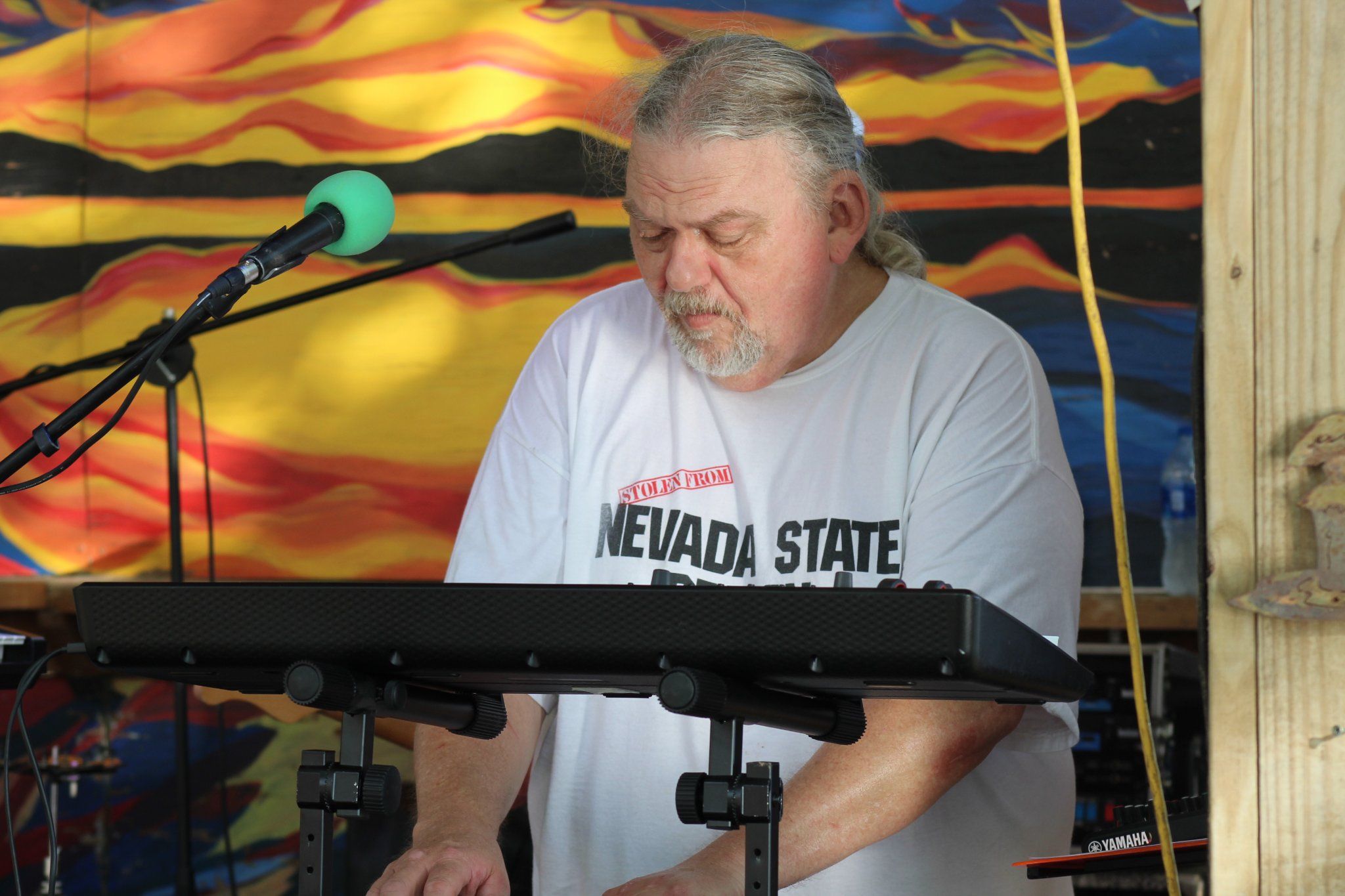 Mike Palmer is one of the band's founding members, along with David Bach. David invited Mike over to the Rollins Road studio for a night of music and the opportunity to jam on Dave's vintage Hammond C2...that was an offer Mike couldn't pass up. and a new band was born. In addition to the Hammond, Mike plays multiple Korg, Roland, and Yamaha keys, and he recently added a Moog Theremini to his stage arsenal. He holds down lead vocal duties for approximately half of the band's catalog as well.

Mike is a multi-instrumentalist, beginning his musical journey as a trumpet player in grade school. He expanded his repertoire to low brass in high school, which was where he was also inspired by such keyboard legends as Jon Lord, Rick Wakeman, and Keith Emerson to try his hands on the black and white keys. As a music major in his first run through college, Mike refined his skills on keyboards and brass instruments, and took his first turn behind the microphone as the lead vocalist in Oasis (a local band in the SE Kansas area, NOT THE BRITS). Mike went on to play and sing in touring bands across the mid-South and Southwest US before returning to Missouri to start a family. Later in the 80's, Mike would return to the stage with several local bands. By this time, he had added the bass guitar to his arsenal of instruments. In the early 90's Mike would join forces with guitar wizard Lester "Speedy Azlin" to form the band that would eventually become Bazooka Joe. Bazooka Joe would go on to record three EPs and tour extensively across the nations midsection, before disbanding in the early 2000s.

After the breakup of Bazooka Joe, Mike retired from music performance and returned to school, eventually earning a doctorate in clinical psychology. That doctorate would lead him to a career serving our nation's heroes in the VA healthcare system, and would eventually lead him back to Columbia, MO. It was there at the Truman VA hospital that Mike met Dave, a respiratory therapist at the same hospital, and Crooked Cane was born. 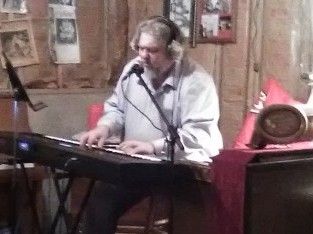 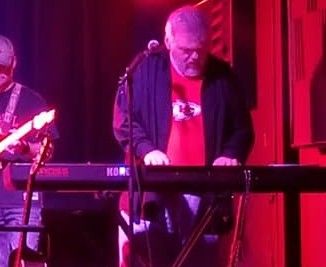